Sleep n. – a condition of body and mind such as that which typically recurs for several hours every night, in which the nervous system is relatively inactive, the eyes closed, the postural muscles relaxed, and consciousness practically suspended. 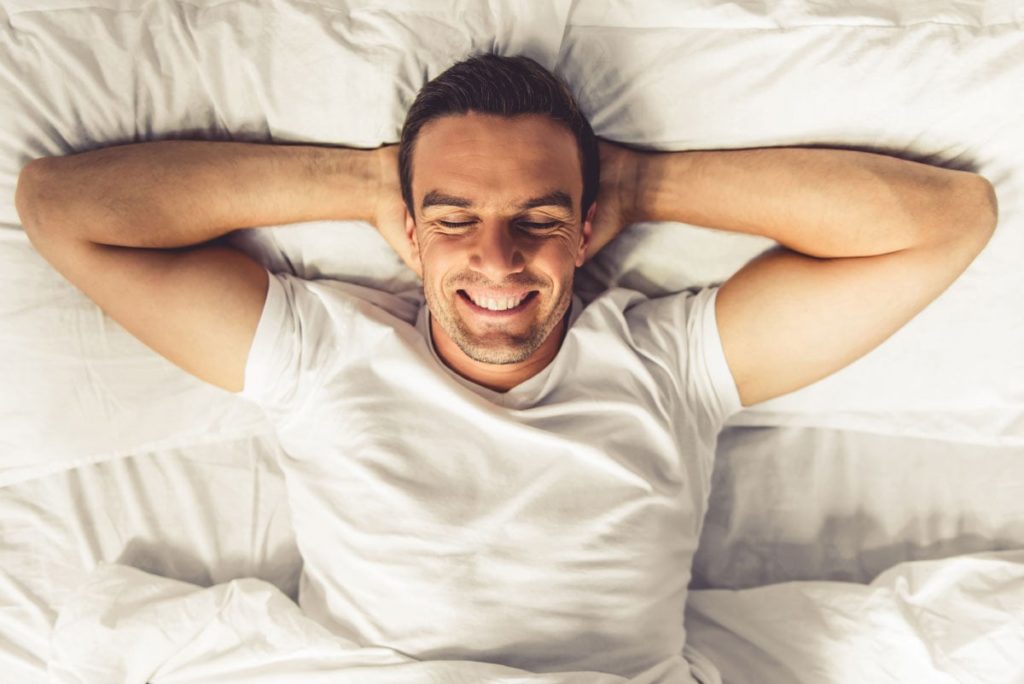 Before the 1950s, most people thought of sleep as a passive, dormant part of our daily lives. We now know that our brains are very active during sleep. Moreover, sleep affects our daily functioning and our physical and mental health in many ways that we are just beginning to understand.

Nerve-signaling chemicals called neurotransmitters control whether we are asleep or awake by acting on different groups of nerve cells, or neurons, in the brain. Neurons in the brainstem, which connects the brain with the spinal cord, produce neurotransmitters such as serotonin and norepinephrine that keep some parts of the brain active while we are awake. Other neurons at the base of the brain begin signaling when we fall asleep. These neurons appear to “switch off” the signals that keep us awake. Research also suggests that a chemical called adenosine builds up in our blood while we are awake and causes drowsiness. This chemical gradually breaks down while we sleep.

What causes the body to sleep?
Many factors play a role in preparing your body to fall asleep and wake up. You have an internal “body clock” that controls when you’re awake and when your body is ready for sleep.

The body clock typically has a 24-hour repeating rhythm (called the circadian rhythm). Two processes interact to control this rhythm. The first is a pressure to sleep that builds with every hour that you’re awake. This drive for sleep reaches a peak in the evening, when most people fall asleep.

A compound called adenosine (ah-DEN-o-seen) seems to be one factor linked to this drive for sleep. While you’re awake, the level of adenosine in your brain continues to rise. The increasing level of this compound signals a shift toward sleep. While you sleep, your body breaks down adenosine.

A second process involves your internal body clock. This clock is in sync with certain cues in the environment. Light, darkness, and other cues help determine when you feel awake and when you feel drowsy.

For example, light signals received through your eyes tell a special area in your brain that it is daytime. This area of your brain helps align your body clock with periods of the day and night.

Your body releases chemicals in a daily rhythm, which your body clock controls. When it gets dark, your body releases a hormone called melatonin (mel-ah-TONE-in). Melatonin signals your body that it’s time to prepare for sleep, and it helps you feel drowsy.

The amount of melatonin in your bloodstream peaks as the evening wears on. Researchers believe this peak is an important part of preparing your body for sleep.

Exposure to bright artificial light in the late evening can disrupt this process, making it hard to fall asleep.

As the sun rises, your body releases cortisol (KOR-tih-sol). This hormone naturally prepares your body to wake up.

The rhythm and timing of the body clock change with age. Teens fall asleep later at night than younger children and adults. One reason for this is because melatonin is released and peaks later in the 24-hour cycle for teens. As a result, it’s natural for many teens to prefer later bedtimes at night and sleep later in the morning than adults.

People also need more sleep early in life, when they’re growing and developing. For example, newborns may sleep more than 16 hours a day, and preschool-aged children need to take naps.

The patterns and types of sleep also change as people mature. For example, newborn infants spend more time in REM sleep. The amount of slow-wave sleep (a stage of non-REM sleep) peaks in early childhood and then drops sharply after puberty. It continues to decline as people age.

TIP: Having a comfortable bedroom and mattress are also important for facilitating good sleep. Have a quite bedroom. Mattresses and beds should be comfortable for you and your bed partner.